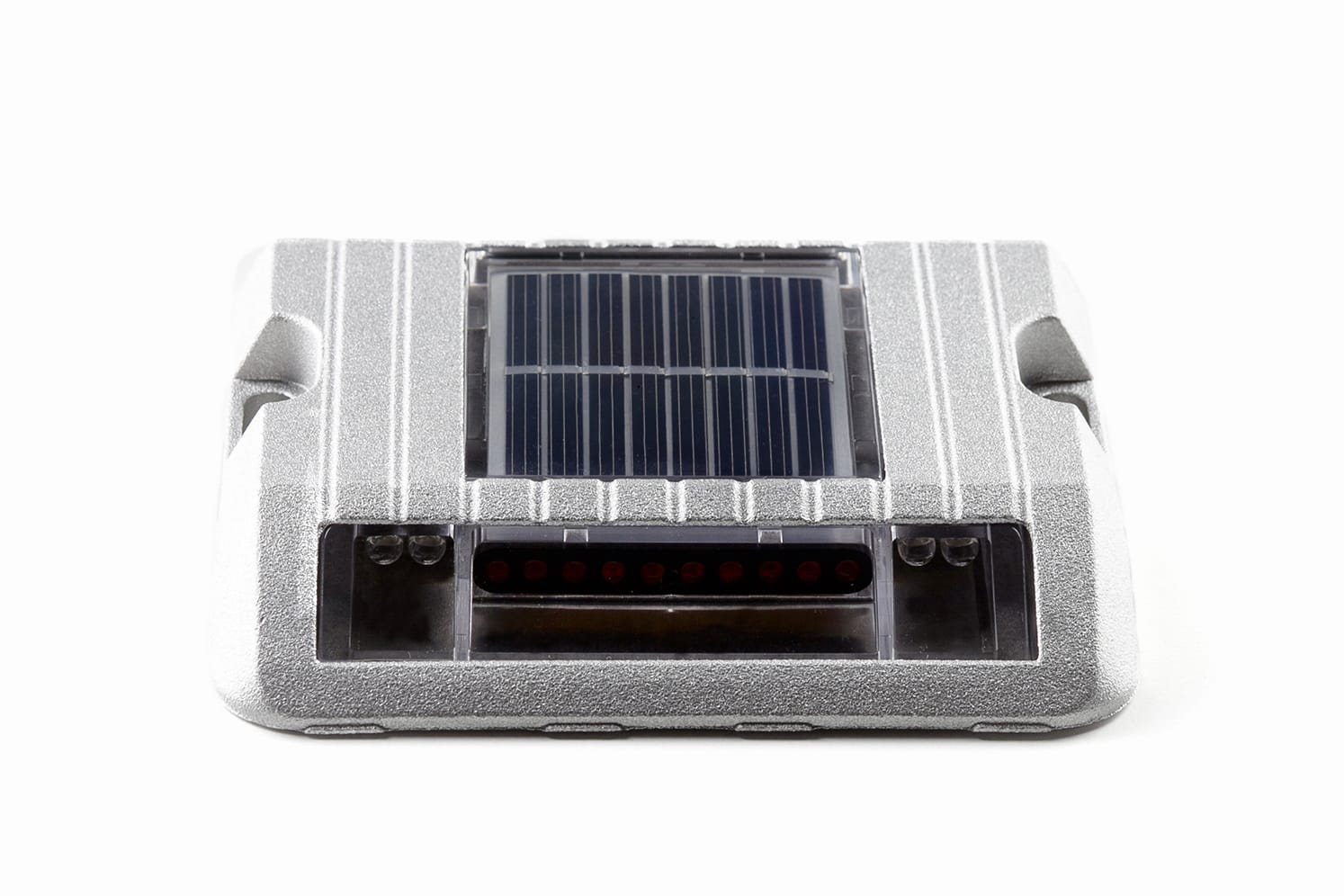 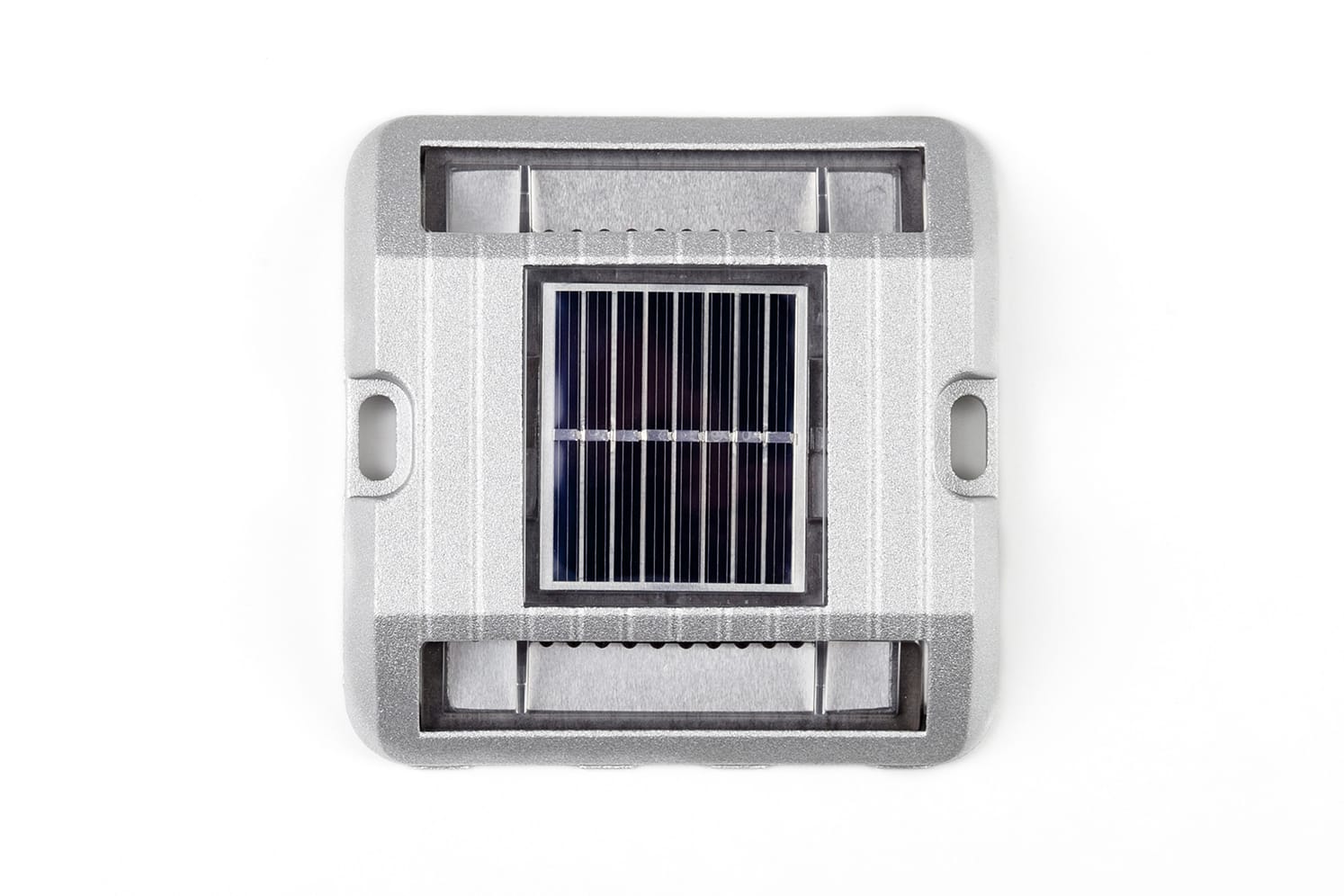 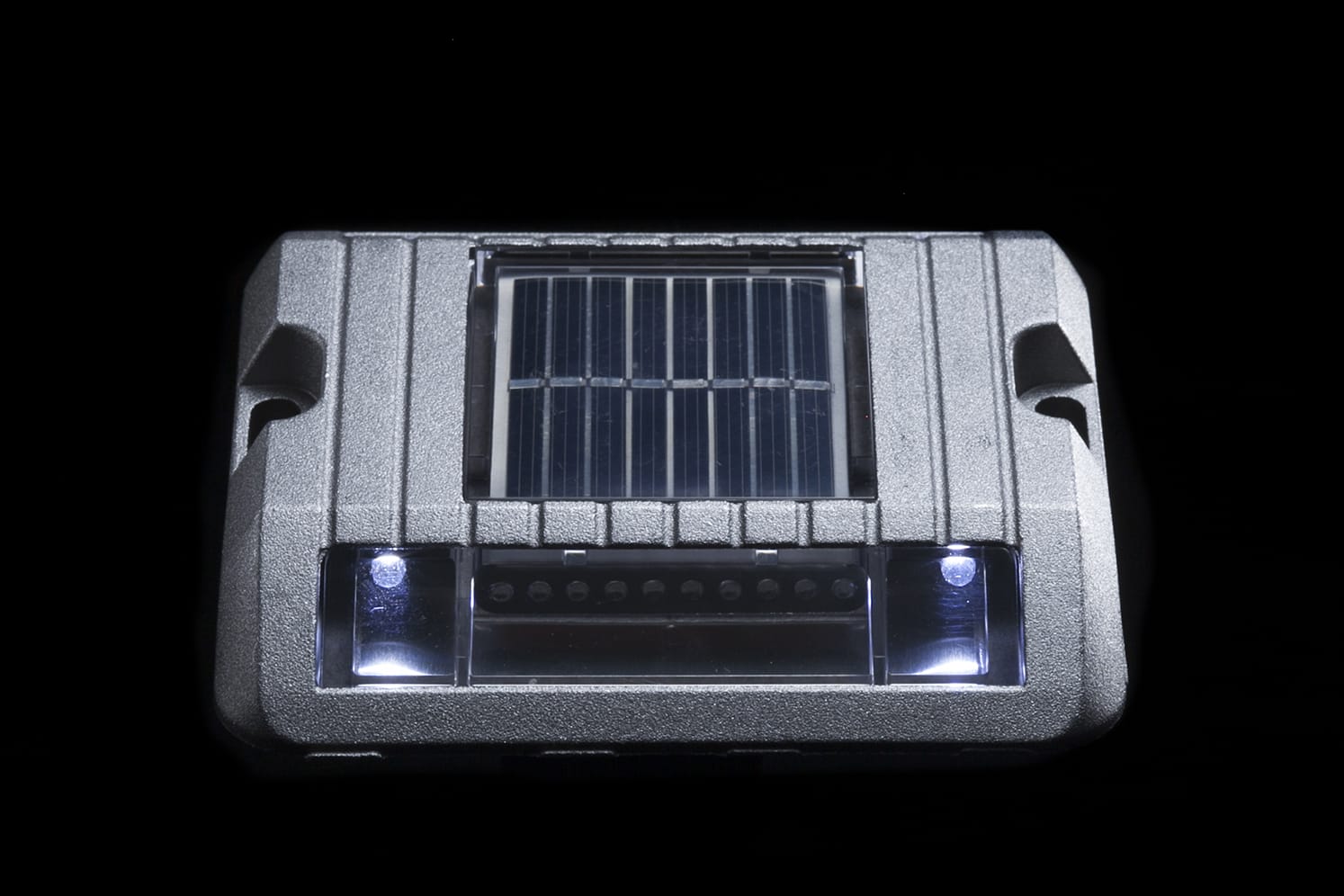 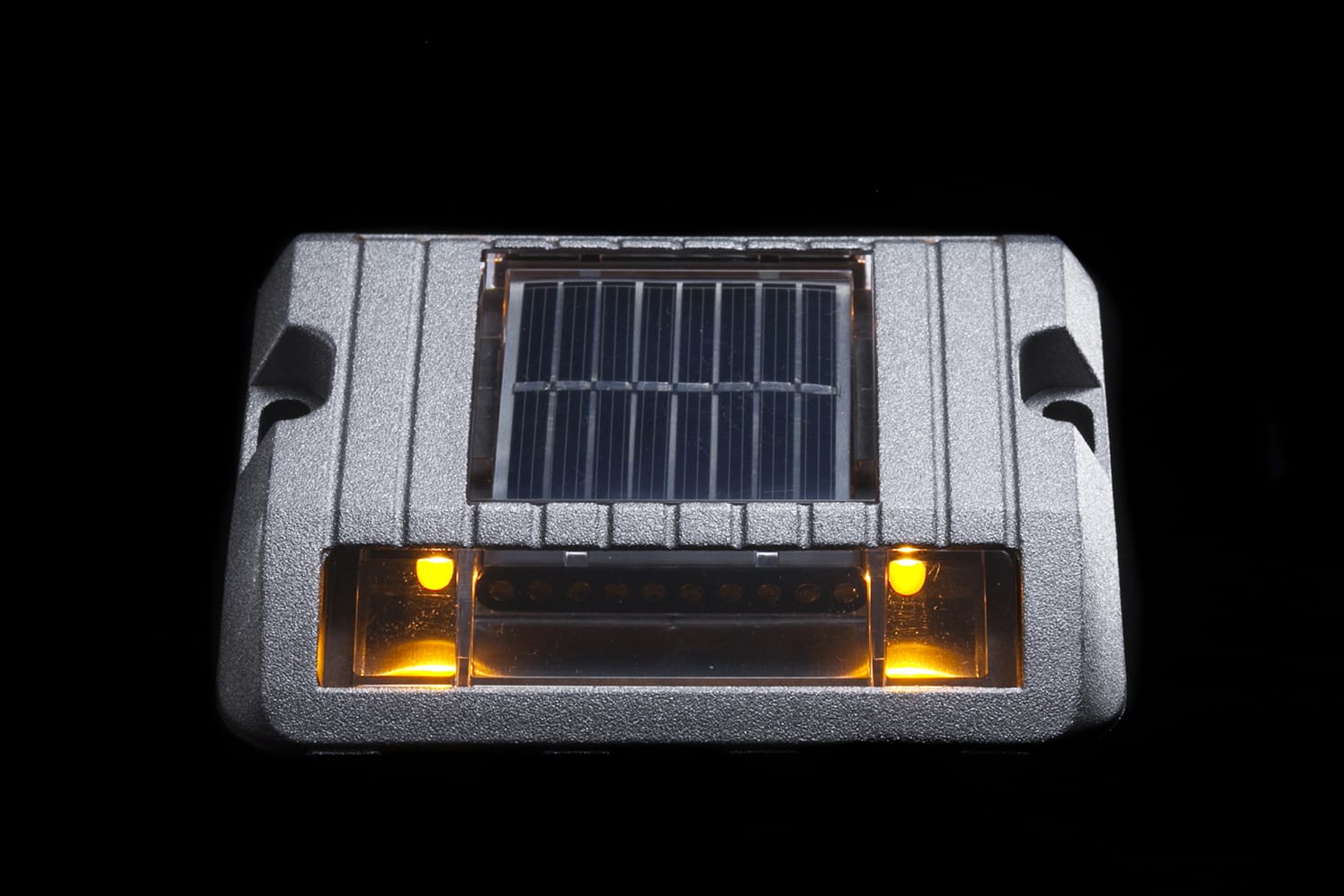 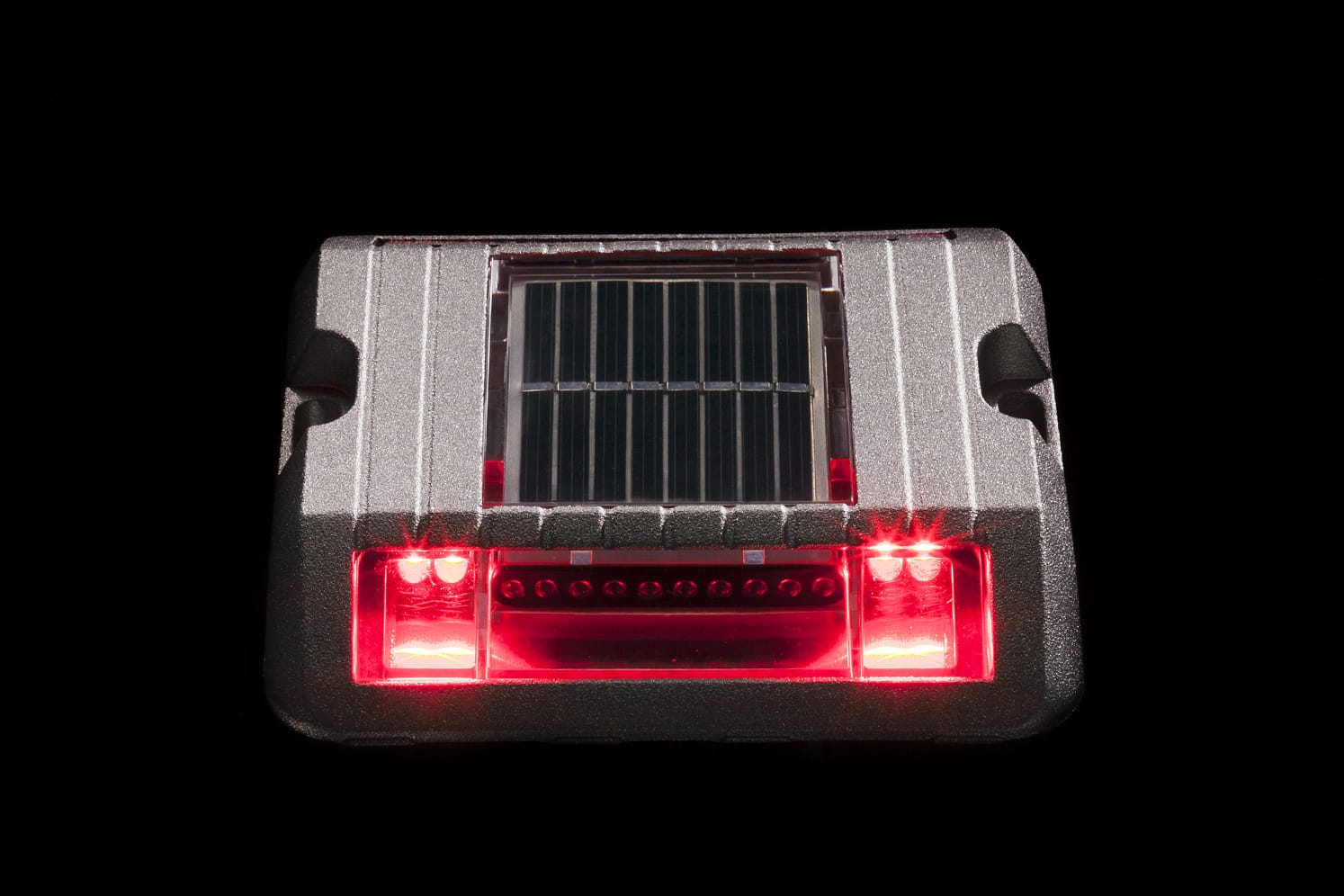 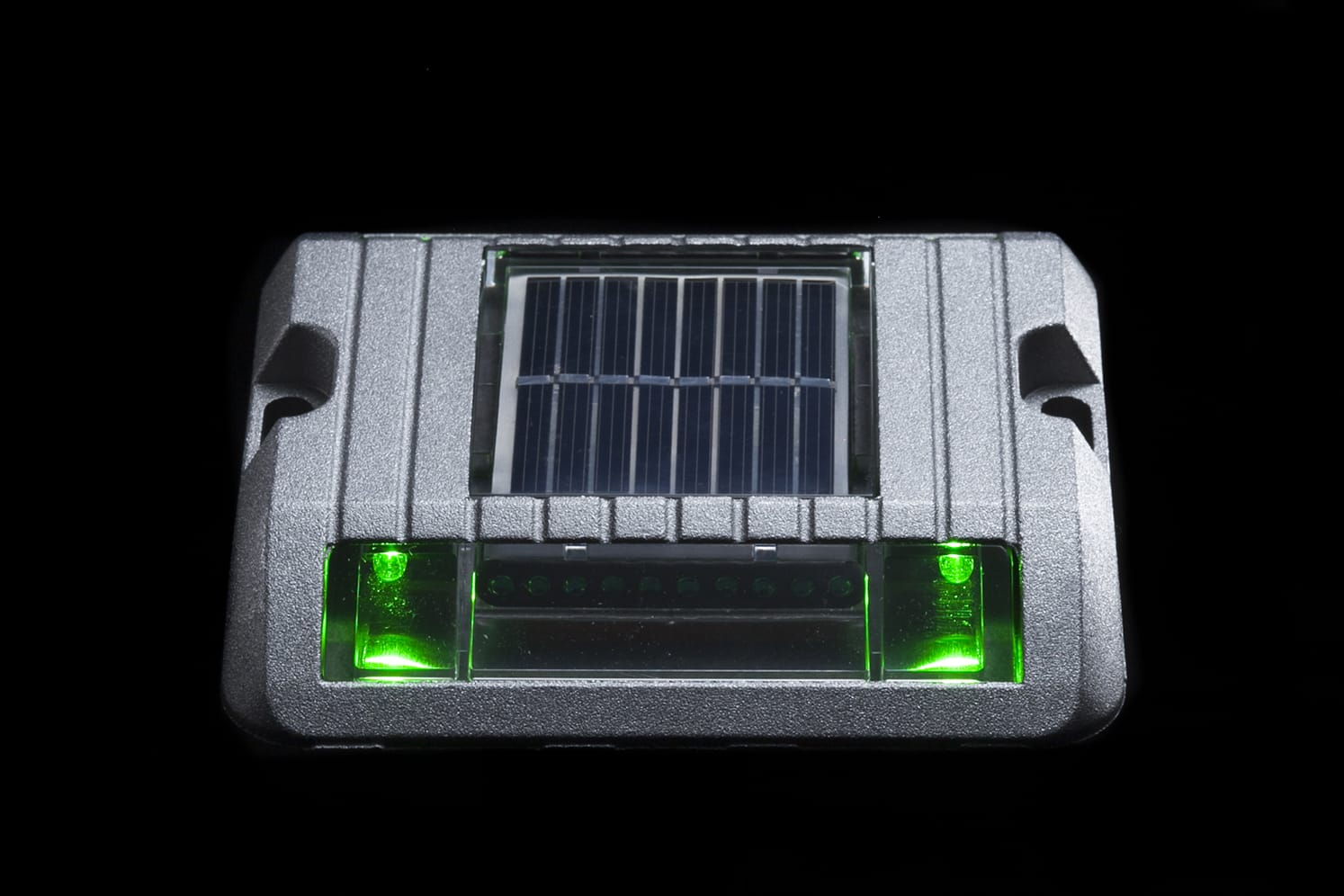 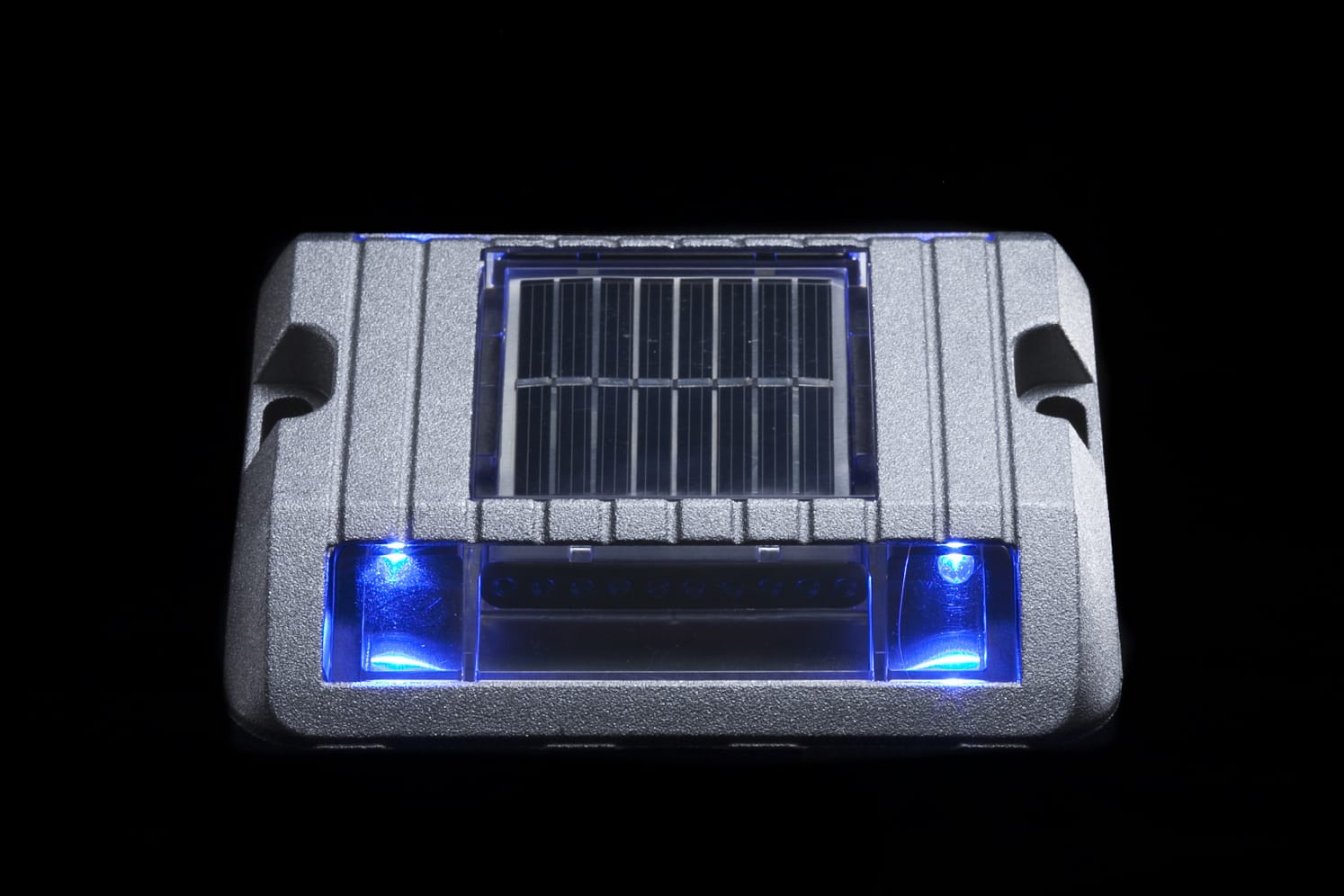 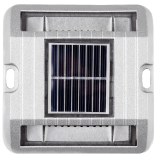 Close
Your message has been sent succesfully!
A product specialist will contact you briefly

Please fill out the form by describing your project or your specific needs and an Eco‑Innov advisor will contact you shortly.

All fields marked with an asterisk (*) are mandatory.

Fully self-contained luminous beaconing solution. Used to mark the edges of roundabouts, traffic islands, obstacles, pavements. Very simple and quick to install by glueing and screwing on to the support. 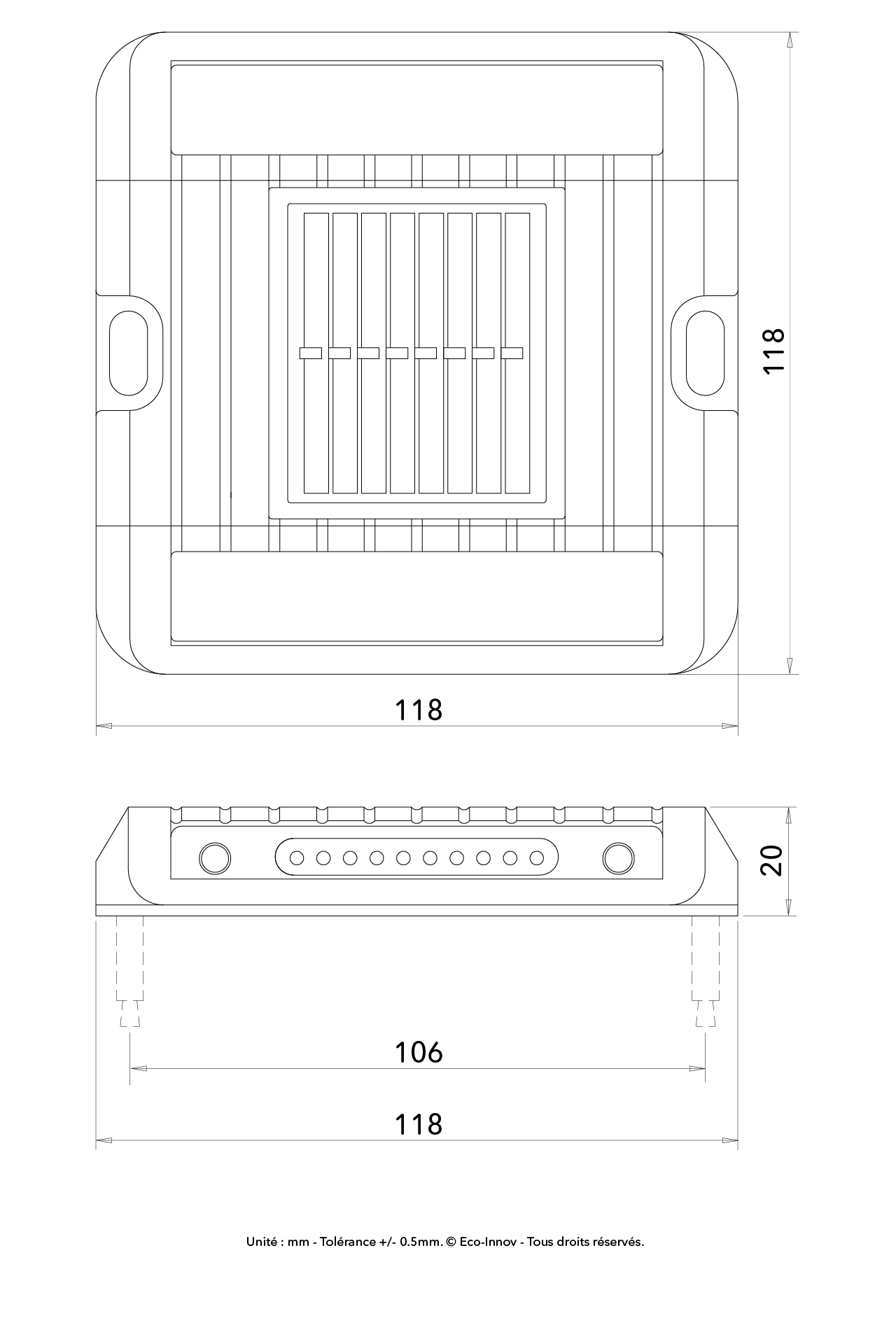 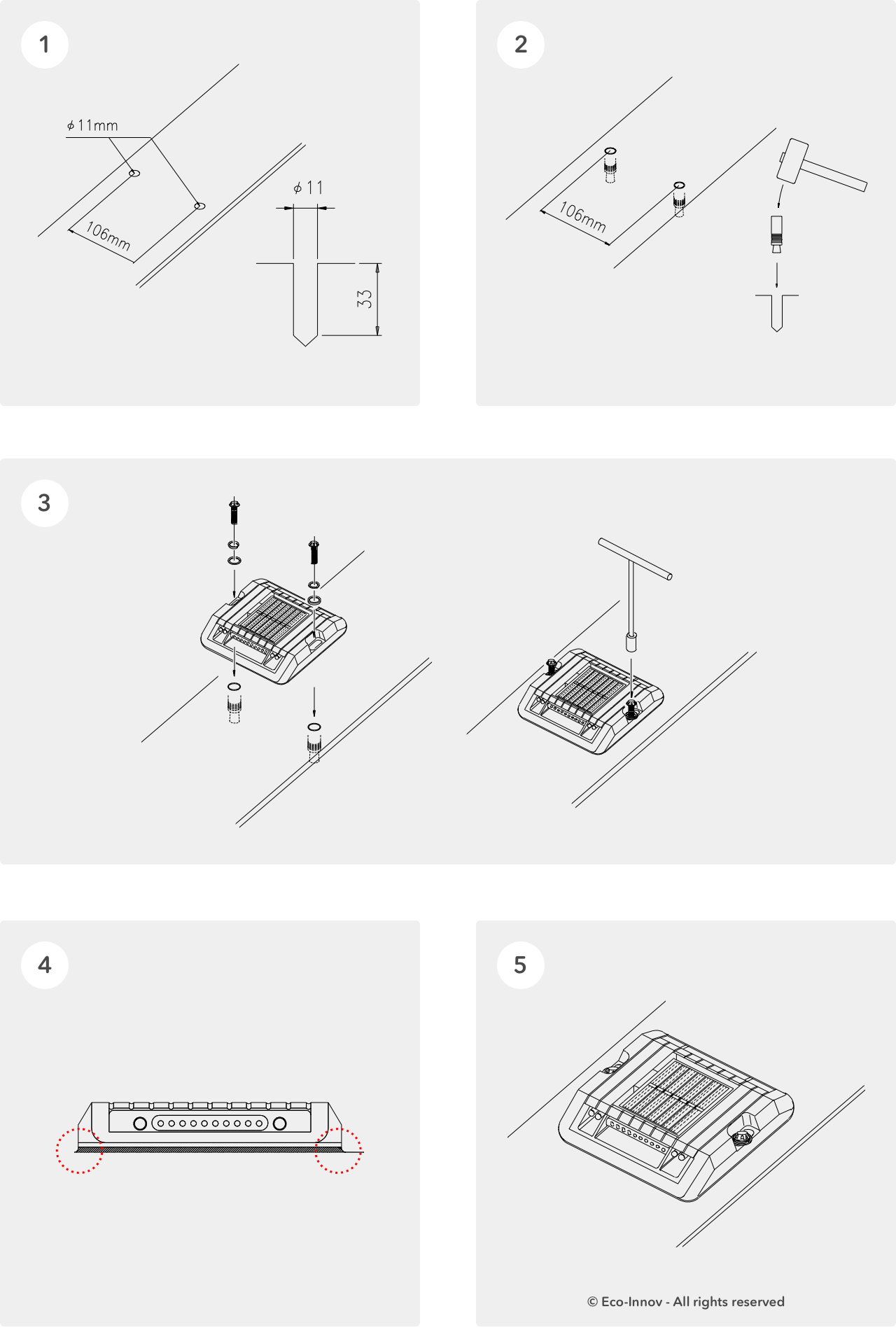 1 – After deciding where the stud and screws are to be installed, drill the support (Ø 11 mm, depth 33 mm), making sure to leave a distance of 106 mm between the centres of the 2 screws.

2 – Carefully brush and clean the holes, support and lower part of the stud with a degreasing agent (Sika Aktivator 205 or equivalent) to remove all traces of dust and moisture. Then hammer the lower part of the attachment screws into the holes.

3 – Remove the magnet under the stud and check that the LEDs are working properly by completely masking the solar module (to simulate night-time conditions). Apply about 3 mm of two-component epoxy adhesive (Sikadur 30 or equivalent) to the entire lower surface of the stud. Position the stud on the support, making sure the LEDs are facing the right way. Screw the upper part of the screws into their base using the wrench supplied.

4 – Leave the adhesive to set (see the manufacturer’s instructions for the necessary time). The entire lower surface of the stud must be coated with 3 mm of adhesive. Clean any residues adhering around the stud.

Remark: make sure to keep the module and LEDs clean and protect them throughout these operations.

Failure to comply with these instructions may lead to the guarantee being suspended.

ECO-INNOV is a founder member of a network that recycles professional WEEE, managed by the eco-organisation ECOSYSTEM. We pay for our customers’ electronic safety, lighting and regulation equipment to be collected at the end of its working life in order to meet our legal obligations and help them to meet theirs.

The unique identifier FR006801_05MBCK attesting to registration in the register of producers in the EEE sector, pursuant to article L.541-10-13 of the Environmental Code, has been assigned by ADEME to the company ECO- INNOV (SIRET 451 859 409 00026). This identifier certifies its conformity with regard to its obligation to registration in the register of producers of Electrical and Electronic Equipment and the realisation of its declarations of placing on the market with Ecosystem.

ECO-INNOV is thus one of the first producers to offer its customers a simple and free solution for collecting their professional WEEE, regardless of when it was marketed. The equipment is collected via a network of professional waste collection centres and certain wholesalers.